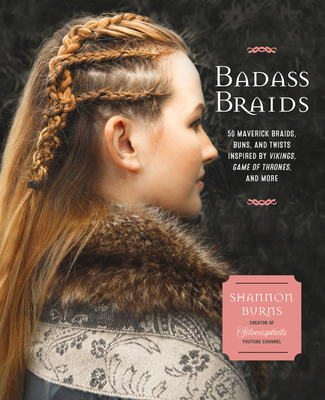 Silvousplaits, also known as Shannon Burns, runs one of the most influential movie and TV hair tutorial channels on YouTube (Silvousplaits Hairstyling). She is the author of Badass Braids: 45 Maverick Braids, Buns, and Twists Inspired by Vikings, Game of Thrones, and More. She specializes in making videos and pictorials that replicate the fantasy, sci-fi, and historical hairstyles of popular media, such as Game of Thrones, Lord of the Rings, Vikings, and Star Wars. She started her Internet hair adventures in February 2013, after a post to reddit.com/r/gameofthrones went viral. Since then, her tutorials have been featured on HBO Watch, mtv.com, Buzzfeed, and the History Channel. She also posts tutorials for her own original designs from time to time, as well as basic hairstyling tips and hair care information based on scientific research. Outside of YouTube, she provides personal hairstyling services.