The Blackhouse: The Lewis Trilogy (Paperback) 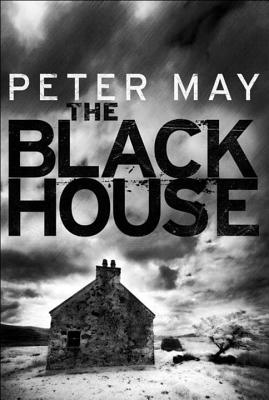 By Peter May
Email or call for price
Out of Print

This is book number 1 in the The Lewis Trilogy series.

Nominated for the Barry Award Best Mystery/Crime Novel of the Decade
The first book in an enthralling mystery series from award-winning author Peter May.
"A WRITER I WOULD FOLLOW TO THE ENDS OF THE EARTH." --Marilyn Stasio, The New York Times Book Review
"SHINES WITH INTRIGUE AND SUPERB PLOTTING." --USA Today
Every step toward solving the case brings Scottish detective Fin Macleod closer to a dangerous confrontation with the dark events of the past that shaped--and nearly destroyed--his life.
When a grisly murder occurs on the Isle of Lewis that bears similarities to a brutal killing on mainland Scotland, Edinburgh detective and native of the Isle of Lewis Fin Macleod is dispatched to the Outer Hebrides to investigate, embarking at the same time on a voyage into his own troubled past.
As Fin reconnects with the people and places of his tortured childhood, the desolate but beautiful island and its ancient customs assert their grip on his psyche.

Peter May was born and raised in Scotland. He was an award-winning journalist at the age of twenty-one and a published novelist at twenty-six. When his first book was adapted as a major drama series for the BCC, he quit journalism and during the high-octane fifteen years that followed, became one of Scotland's most successful television dramatists. He created three prime-time drama series, presided over two of the highest-rated serials in his homeland as script editor and producer, and worked on more than 1,000 episodes of ratings-topping drama before deciding to leave television to return to his first love, writing novels.

He has won several literature awards in France, received the USA's Barry Award for The Blackhouse, the first in his internationally bestselling Lewis Trilogy; and in 2014 was awarded the ITV Specsavers Crime Thriller Book Club Best Read of the Year award for Entry Island. Peter now lives in southwest France with his wife, writer Janice Hally.

"A chilling setting for a gripping novel . . . Impressive writing."—Marcel Berlins, The Times

"Order, read, and pass it on! May brings the story to a breathtaking conclusion with an astonishing twist at the end. Compare to Simon Beckett's Written in Bone for locale and Tana French for tone."—Teresa L. Jacobsen, Library Journal (Starred Review)

"A writer I'd follow to the ends of the earth . . . Intricately plotted."—Marilyn Stasio, The New York Times Book Review

"A thriller with an intensity that never slackens, chilling and igneous at the same time, like the great country that serves as its setting. A masterpiece indeed."—L'Humanite