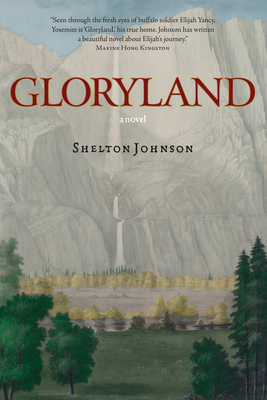 “A work of extraordinary imagination and sympathy, a journey from slavery to the mountaintop, perfectly realized.” —Ken Burns, American filmmaker

Born on Emancipation Day, 1863, to a sharecropping family of black and Indian blood, Elijah Yancy never lived as a slave—but his self–image as a free person is at war with his surroundings: Spartanburg, South Carolina, in the Reconstructed South. Exiled for his own survival as a teenager, Elijah walks west to the Nebraska plains—and, like other rootless young African–American men of that era, joins up with the US cavalry.

The trajectory of Elijah’s army career parallels the nation’s imperial adventures in the late 19th century: subduing Native Americans in the West, quelling rebellion in the Philippines. Haunted by the terrors endured by black Americans and by his part in persecuting other people of color, Elijah is sustained only by visions, memories, prayers, and his questing spirit—which ultimately finds a home when his troop is posted to the newly created Yosemite National Park in 1903. Here, living with little beyond mountain light, running water, campfires, and stars, he becomes a man who owns himself completely, while knowing he’s left pieces of himself scattered along his life’s path like pebbles on a creek bed.

Shelton Johnson, a native of Detroit, Michigan, currently serves as a ranger in Yosemite National Park. He has worked for the National Park Service since 1987, also serving in Great Basin National Park and Yellowstone National Park, as well as in parks in and around Washington D.C. He served with the Peace Corps in Liberia, and attended graduate school at the University of Michigan, where he won several writing awards. He has presented his original living history program about a buffalo soldier at venues around the country and has received many honors and awards for this work, which has also been widely covered in the media. He and his wife and children live just outside Yosemite National Park.