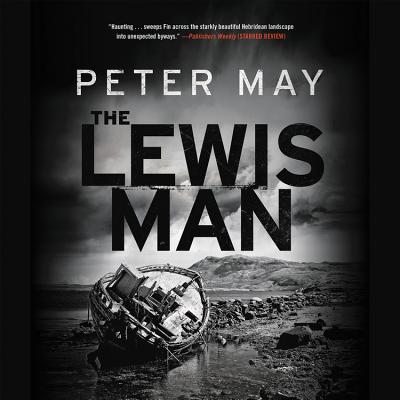 This is book number 2 in the Lewis Trilogy series.

In The Lewis Man, the second book of the acclaimed Lewis trilogy, Fin Macleod has returned to the Isle of Lewis, the storm-tossed, wind-scoured outer Hebridean island where he was born and raised. Having left behind his adult life in Edinburgh-including his wife and his career in the police force-the former detective inspector is intent on repairing past relationships and restoring his parents' derelict cottage. His plans are interrupted when an unidentified corpse is recovered from a Lewis peat bog. The only clue to its identity is a DNA match to a local farmer, the now-senile Tormod Macdonald-the father of Fin's childhood sweetheart, Marsaili-a man who has claimed throughout his life to be an only child, practically an orphan. Reluctantly drawn into the investigation, Fin uncovers deep family secrets even as he draws closer to the killer who wishes to keep them hidden.Already an international bestseller and winner of numerous awards, including France's Prix des Lecteurs du Telegramme, The Lewis Man has the lyrical verve of Ian Rankin and the gutsy risk-taking of Benjamin Black. As fascinating and forbidding as the Hebridean landscape, the book (according to the Times) throbs with past and present passions, jealousies, suspicions and regrets; the emotional secrets of the bleak island are even deeper than its peat bog.