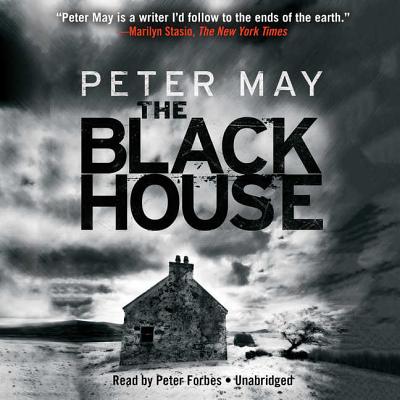 By Peter May, Peter Forbes (Read by)
$109.99
Available for special order

This is book number 1 in the Lewis Trilogy series.

From acclaimed author and dramatist Peter May comes the Barry Award-winning The Blackhouse, the first book in the Lewis Trilogy-a riveting mystery series set on the Isle of Lewis in Scotland's Outer Hebrides.

When a grisly murder occurs on the Isle of Lewis that bears similarities to a brutal killing on the mainland, Edinburgh detective and native islander Fin Macleod is dispatched to the Outer Hebrides to investigate, embarking at the same time on a voyage into his own troubled past.

As Fin reconnects with the people and places of his tortured childhood, the desolate but beautiful island and its ancient customs once again begin to assert their grip on his psyche. Every step toward solving the case brings Fin closer to a dangerous confrontation with the dark events of the past that shaped-and nearly destroyed-his life.