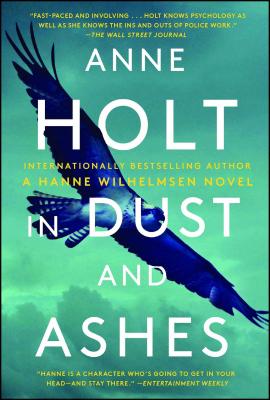 This is book number 10 in the A Hanne Wilhelmsen Novel series.

Police investigator Kjell Bonsaksen is a contented man in most areas of life, but for one mistake he made years ago that has rankled like a stone in his shoe ever since: in 2001, a two-year-old girl was killed by a speeding car while playing in the road in front of her home. The marriage of the toddler’s grief-stricken parents dissolved in the wake of the accident, and not long thereafter, the girl’s mother died under mysterious circumstances. The girl’s father, Jonas, was convicted of his ex-wife’s murder and sentenced to twelve years in prison. But Kjell Bonsaksen knew he was innocent.

Now it’s 2016, and Kjell is looking forward to his retirement to the French countryside with his wife. An uncomfortable chance encounter with Jonas at a roadside gas station prompts him to dig out Jonas’s case files for Detective Henrik Holme, the resident cold case prodigy. Henrik doesn’t take long to convince his beloved mentor, Hanne Wilhelmsen, that Jonas was wrongly convicted for his ex-wife’s murder. As their investigation evolves, Hanne and Henrik uncover eerie connections to the recent suicide of a right-wing extremist blogger whose fanatic ideologies seem incompatible with a desire to die.

Masterfully plotted, In Dust and Ashes is the outstanding finale to Anne Holt’s award-winning, politically and socially conscious series, confirming Hanne Wilhelmsen as a character who will “get in your head—and stay there” (Entertainment Weekly).

“Holt closes her series with one of its strongest entries, combining generous sensitivity to all with an unblinking portrait of [her] franchise sleuth.” —Kirkus Reviews

“Wilhelmsen is as intuitive, and prickly, as ever, as Holt explores further the relationship between Wilhelmsen and Holme. For fans of Jo Nesbø, who has noted Holt’s primacy in Norwegian crime fiction, and of the genre in general.” —Booklist

“There's no need to have read earlier installments to understand or relish the plot, in which apparently unrelated tragedies, the long ago death of a child, the suicide of a lesbian right-wing blogger, and the kidnapping of a lottery winner's grandchild, converge for a nerve-shredding climax. Nordic noir at its best.” —AudioFile