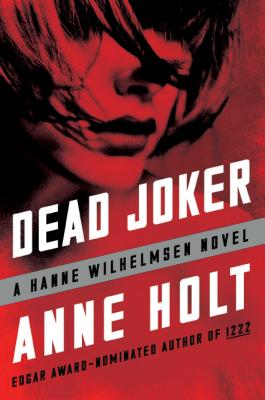 This is book number 5 in the A Hanne Wilhelmsen Novel series.

Chief Public Prosecutor Sigurd Halvorsrud’s wife is found brutally decapitated in front of the fireplace in the family living room. Her husband, who claims he witnessed the grisly murder and is himself covered in blood, immediately falls under suspicion, though he insists his wife’s killer was Ståle Salvesen, a businessman he’d prosecuted years before for insider dealing. Detective Inspector Hanne Wilhelmsen is called in to lead the investigation with her old colleague, Billy T. Despite the circumstantial evidence, Hanne is unconvinced of Sigurd Halvorsrud’s guilt—that is, until a witness says he saw Ståle Salvesen commit suicide by jumping off a bridge days before the murder took place. Then a journalist at one of Oslo’s largest newspapers is found beheaded. What links these two horrific crimes? The demands of the investigation soon clash with a terrible crisis in Hanne’s personal life: Cecilie, the woman she has lived with for almost twenty years, has fallen seriously ill and doesn’t have much time to live. With a savage killer on the loose, Hanne must ask herself: Is the truth worth chasing at all costs?

“Nuanced characters and a strong sense of place make for an immersive tale that packs an emotional punch and offers incisive commentary on the failings of the criminal justice system.”
—Publishers Weekly

Praise for the Hanne Wilhelmsen series:

“It must be spooky in Scandinavia, but Holt, Norway’s best-selling female crime writer and a former minister of justice, has a goofy streak that changes the tone of this beguiling book….I really loved this snowbound book.”
—Washington Post

"This is a series that demands to be read, and the more quickly, the better."
—Bookreporter

"Holt deftly marshals her perplexing narrative. . . by the sheer energy and vitality of her writing. As for the plot itself, it moves with the speed of the ill-fated train--but, unlike the train, Anne Holt's storytelling never comes off the rails."
—The Independent (UK)

"A well-wrought, claustrophobic mystery...best served by the blizzard, roaring in the background while Hanne parses the swirl of rumors and snow piles inexorably against the windows."
—Houston Chronicle

"Anne Holt is a thriller writer of the highest order."
—Liza Marklund, author of Red Wolf

"It's easy to see why Anne Holt, the former minister of justice in Norway and currently its bestselling female crime writer, is rapturously received in the rest of Europe."
—The Guardian (UK)

"A fine addition to a noteworthy series, spotlighting a politically sensitive case in the broader context of Norwegian society. A natural for Jo Nesbø readers."
—Booklist, starred review (on The Lion's Mouth)

"Holt uses her surprising plot to highlight the nature of power and the extent to which it can corrupt."
—Publishers Weekly (on The Lion's Mouth)