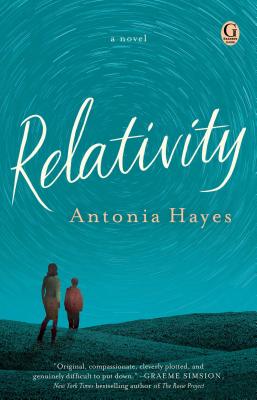 A “beautifully written, heartbreaking” (S. J. Watson) debut novel about a gifted boy who discovers the truth about his past, his overprotective single mother who tries desperately to shield him from it, and the father he has never met who has unexpectedly returned.

Twelve-year-old Ethan Forsythe, an exceptionally talented boy obsessed with physics and astronomy, has been raised alone by his mother in Sydney, Australia. Claire, a former professional ballerina, has been a wonderful parent to Ethan, but he’s becoming increasingly curious about his father’s absence in his life. Claire is fiercely protective of her talented, vulnerable son—and of her own feelings. But when Ethan falls ill, tied to a tragic event that occurred during his infancy, her tightly-held world is split open.

Thousands of miles away on the western coast of Australia, Mark is trying to forget about the events that tore his family apart, but an unexpected call forces him to confront his past and return home. When Ethan secretly intercepts a letter from Mark to Claire, he unleashes long-suppressed forces that—like gravity—pull the three together again, testing the limits of love and forgiveness.

Told from the alternating points of view of Ethan and each of his parents, Relativity is a poetic and soul-searing exploration of unbreakable bonds, irreversible acts, the limits of science, and the magnitude of love.

Antonia Hayes, who grew up in Sydney and spent her twenties in Paris, lives in San Francisco with her husband and son. Relativity is her first novel.

"Relativity is wonderful, a beautifully written, heartbreaking novel that I feel certain will find the huge audience it deserves."
— SJ Watson, author of BEFORE I GO TO SLEEP and SECOND LIFE

“Original, compassionate, cleverly plotted, and genuinely difficult to put down. The premise is compelling and the plot twists and turns without ever feeling forced. This novel is an intelligent, honest and compassionate look at people and relationships under stress: the shocking revelation [in it] is tempered with real insight as to how such things happen.”
— Graeme Simsion, author of THE ROSIE PROJECT and THE ROSIE EFFECT

“Relativity is a novel of assured and measured empathy, a story of familial love and familial hurt that is fair, honest and remarkably non-judgemental. Hayes is a convincing writer and a true storyteller: her characters are alive.”
— Christos Tsiolkas, author of THE SLAP

“A charming and fresh debut placing a family's secrets in the great expanse of the universe.”
— Kirkus Reviews

“Debut novelist Hayes just might become a staple on the popular fiction scene. With a heart-wrenching plot and a style reminiscent of Jodi Picoult, this is an excellent novel with deep characterization and powerful imagery.”
— Library Journal

“With its thoughtful consideration of family dynamics and its strong thematic currents, Hayes’s excellent debut will appeal to fans of JoJo Moyes.”
— Publishers Weekly

“With an ingenious premise, this cleverly plotted, well-executed novel, set in Australia, dramatically examines a family in extremis and contemplates how the past can poison the present with devastating effect until the antidote, love, appears.”
— Booklist

“Wrought with depth, emotion and intricately crafted language, this novel is captivating and heart-wrenching. A painful topic becomes the foundation for a beautiful story when written with such compassionate precision, leaving readers contemplating the depth of human forgiveness and the gravity that binds us together.”
— RT Book Reviews, four-star review

“[A] compulsive, compassionate, and intelligent novel. It grabs you from the jarring opening page and on the last page you gasp at the fitting paean of appreciation for the force of gravity and how Hayes links the implications of physics to the plot.”
— NY Journal of Books

"[A] confident debut novel. The beautiful storytelling unravels layer-by-layer…making it an absorbing read that will stay with you.”
— The Independent (UK)