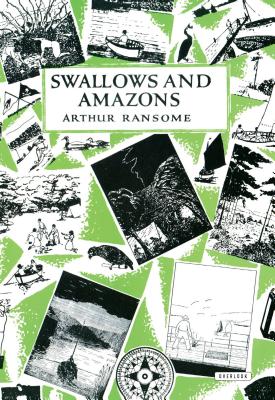 Upon arriving, the friends are besieged by Amazon pirates, Nancy and Peggy, who claim ownership of the land. Luckily, the Swallows and Amazons soon call a truce and set off together on wild escapades, camping under open skies, swimming, fishing, and exploring. This deluxe hardcover edition of Arthur Ransome's charming tale will find a treasured spot in many home libraries as well as transport children to a real-life Neverland, a fantastical place where they can roam freely without an adult in sight.

Arthur Ransome is the author of more than thirty books for children. Born in Leeds in 1884, he enjoyed active, outdoor holidays, many of which became the settings for his children's stories. His most popular book, "Swallows and Amazons," is regarded as a timeless classic of children's literature. He also wrote about the literary life of London, and about Russia before, during, and after the revolutions of 1917.