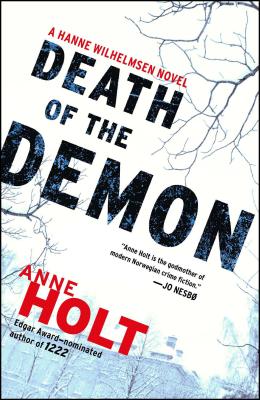 This is book number 3 in the A Hanne Wilhelmsen Novel series.

From the Edgar Award finalist, the captivating third book in the series featuring the brilliant and tough police investigator Hanne Wilhelmsen, who must investigate the grisly murder of an orphanage director.

In a foster home outside Oslo, a twelve-year-old boy is causing havoc. The institution’s steely director, Agnes Vestavik, sees something chilling in Olav’s eyes: sheer hatred. When Vestavik is found murdered at her desk, stabbed in the back with an Ikea kitchen knife—with Olav nowhere to be found—the case goes to maverick investigator Hanne Wilhelmsen, recently promoted to chief inspector in the Oslo Police.

Could the child be a murderer? As police canvass the city for Olav, Hanne, working alongside the foulmouthed detective Billy T., orders an investigation of the home’s employees. But despite her supreme deductive skills, she is hopeless at delegating, hopeless at pooling information, hopeless at sharing responsibilities. Can Hanne learn to trust others before her bullheaded instincts lead her astray—in the workplace and on the home front?

Meanwhile, Olav makes his way through the city, looking for the mother who was forced to consign him to the state’s care. A dark and captivating new chapter in this brilliant, rollicking series, Death of the Demon examines that murky intersection between crime and justice.

"A perfect entry point into Scandinavian crime.... A sure pleasure for police-procedural fans who read everything from Slaughter to Nesbo.”
— Booklist (starred review)

“Expertly translated forAmerican readers by the highly capable Anne Bruce… A wonderful combination ofold-school police procedure and amateur detective work…. Holt is a master ofbalancing criminal procedure with suspense…. This is a series that demands tobe read, and the more quickly the better.”
— Bookreporter

"Always adept at balancing emotional narrative and strong suspense, Holt has crafted another must-read with this fascinating peek into a modern Sherlock’s investigative mind."
— Booklist