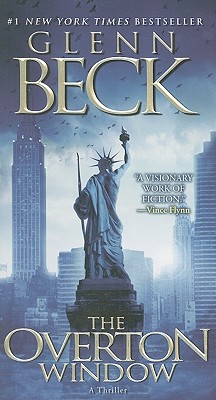 A plan to destroy America, a hundred years in the making, is about to be unleashed . . . can it be stopped?

For Noah Gardner, a twentysomething public relations executive, it’s safe to say that political theory is the furthest thing from his mind. Smart, single, handsome, and insulated from the world’s problems by the wealth and power of his father, Noah is far more concerned about the future of his social life than the future of his country.

But all of that changes when Noah meets Molly Ross, a woman who is consumed by the knowledge that the America we know is about to be lost forever. She and her group of patriots have vowed to remember the past and fight for the future—but Noah, convinced they’re just misguided conspiracy-theorists, isn’t interested in lending his considerable skills to their cause.

And then the world changes.

An unprecedented attack on U.S. soil shakes the country to the core and puts into motion a frightening plan, decades in the making, to transform America and demonize all those who stand in the way. Amidst the chaos, many don’t know the difference between conspiracy theory and conspiracy fact—or, more important, which side to fight for.

But for Noah, the choice is clear: Exposing the plan, and revealing the conspirators behind it, is the only way to save both the woman he loves and the individual freedoms he once took for granted.

After five back-to-back #1 New York Times bestsellers, national radio and Fox News television host Glenn Beck has delivered a ripped-from-the-headlines thriller that seamlessly weaves together American history, frightening facts about our present condition, and a heart-stopping plot. The Overton Window will educate, enlighten, and, most important, entertain—with twists and revelations
no one will see coming.

Glenn Beck, the nationally syndicated radio host and founder of TheBlaze television network, has written thirteen #1 bestselling books and is one of the few authors in history to have had #1 national bestsellers in the fiction, nonfiction, self-help, and children’s picture book genres. His recent fiction works include the thrillers Agenda 21, The Overton Window, and its sequel, The Eye of Moloch; his many nonfiction titles include Conform, Miracles and Massacres, Control, and Being George Washington. For more information about Glenn Beck, his books, and TheBlaze television network, visit GlennBeck.com and TheBlaze.com.

"Glenn Beck has just shattered the fiction barrier. The Overton Window is the perfect all-American thriller."

"A novel ripped from today's headlines and destined to be as controversial as it is eye-opening. No matter your politics, this Hitchcockian thriller will have you turning pages well into the night."

"A visionary work of fiction. One of the best thrillers I've read in years."

"Glenn Beck never fails to amaze. The Overton Window, a rip-roaring read of the first order, is as good a political thriller as you're going to find this year."

“From the moment you open Glenn Beck's The Overton Window, you are looking through his eyes -- and like the best thriller writers out there, Glenn knows that the very best way to scare us is to show us what can really happen. Get ready to sleep with the lights on. This is the one. You'll never look at history the same way again.” –#1 NYT bestselling author Brad Meltzer