Malting and Malthouses in Kent (Paperback) 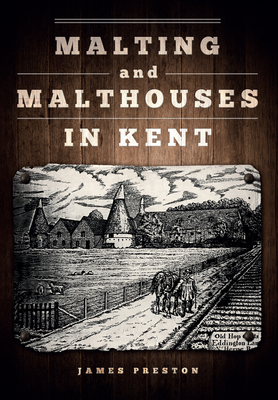 Before the late nineteenth century ale and beer, brewed from malt, were widely consumed due to the lack of affordable, safe alternatives. North Kent was well placed for growing and malting barley to supply local and London brewers. While the malting process was to remain unchanged until after the abolition of the Malt Tax in 1880, the organisation of the industry shifted from small independent maltsters to the control of brewers who employed large-scale malthouses. Malting in Kent suffered a slow decline until it finally disappeared in 1981, its fate inextricably linked to national trends in brewing, particularly consolidation leading to the closure of excess brewing capacity and the consequent closure of dependent maltings. This book attempts to chart the history of malting in Kent, explain its processes, its building design and the reasons for its decline. Its heritage in the form of malthouses that survived demolition, now generally listed buildings with a new life as flats or desirable residences, is fully described. The book is well documented and accompanied by a range of archival and contemporary photographs telling the story of an important, but neglected, local industry.

James Preston has lectured in Higher, Further and Adult Education on History, Industrial Archaeology and Industrial Architecture. He is the author of 'Industrial Medway', 'Aveling and Porter' and 'Malting and Malthouses in Kent' for Amberley and has contributed chapters and articles to various publications on Kent history. He is the Industrial Officer for the C.K.A. and chairman of the K.A.S. Industry Committee.