What Rose Forgot: A Novel (CD-Audio) 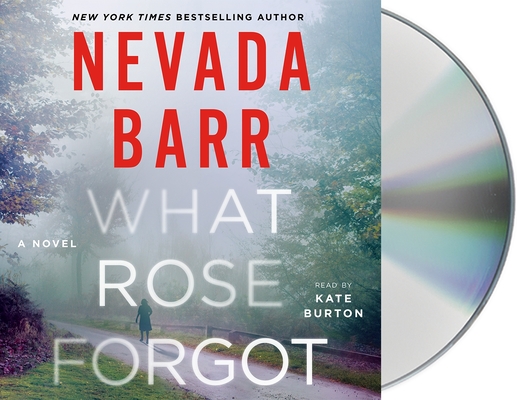 In New York Times bestselling author Nevada Barr's gripping standalone, What Rose Forgot, a grandmother in her sixties emerges from a mental fog to find she's trapped in her worst nightmare.

Rose Dennis wakes up in a hospital gown, her brain in a fog, only to discover that she's been committed to an Alzheimer's Unit in a nursing home. With no memory of how she ended up in this position, Rose is sure that something is very wrong. When she overhears one of the administrators saying about her that she's "not making it through the week," Rose is convinced that if she's to survive, she has to get out of the nursing home. She avoids taking her medication, putting on a show for the aides, then stages her escape.

The only problem is—how does she convince anyone that she's not actually demented? Her relatives were the ones to commit her, all the legal papers were drawn up, the authorities are on the side of the nursing home, and even she isn't sure she sounds completely sane. But any lingering doubt Rose herself might have had is erased when a would-be killer shows up in her house in the middle of the night. Now Rose knows that someone is determined to get rid of her.

With the help of her computer hacker/recluse sister Marion, thirteen-year old granddaughter Mel, and Mel's friend Royal, Rose begins to gather her strength and fight back—to find out who is after her and take back control of her own life. But someone out there is still determined to kill Rose, and they're holding all the cards.

Nevada Barr is the author of the series of New York Times bestselling novels featuring Anna Pigeon, a law enforcement park ranger. Her novels include Winter Study, Borderline and Burn. She won the Agatha Award for Best First Novel for Track of the Cat. Like her character, Barr worked for the National Park Service as a park ranger before resigning to write full time. She had postings to such parks as Guadalupe Mountains National Park in Texas (where Anna Pigeon was created) and Natchez Trace Parkway in Mississippi. She lives in New Orleans.

Tony-award nominee  Kate Burton has appeared on Broadway in The Constant Wife, The Cherry Orchard, Spring Awakening, Hedda Gabler, and The Grand Manner.  She played the title role in Alice in Wonderland with her father, Richard Burton, on PBS. She was featured on Grey’s Anatomy as the title character’s mother, Ellis Grey and has also appeared in Law & Order, The Practice, The West Wing, and Judging Amy.  Kate earned a bachelor's degree in Russian studies and European history from Brown University in 1979 and was awarded an honorary doctorate from Brown University in 2007.  She has narrated numerous audiobooks, including works by Patricia Cornwell, Lisa Scottoline, Iris Johansen, and Barbara Taylor Bradford.