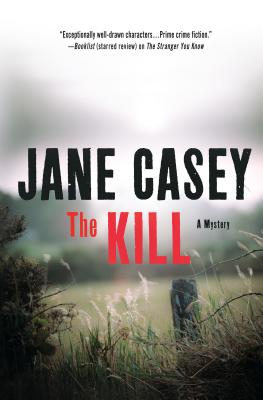 This is book number 5 in the Maeve Kerrigan Novels series.

Detective Maeve Kerrigan is away for a colleague's wedding, and she's enjoying an excuse to spend a beautiful fall weekend relaxing in the English countryside. It's a much-needed break from the grit and grime of her daily life on the London police force. But even at a wedding, the job is never far away.

Midway through the reception, Maeve and her abrasive but loyal partner on the police force, DI Josh Derwent, are called back to London. A fellow policeman has been murdered, in a compromising position in a public park at night. And when Maeve and Derwent arrive to speak with the victim's family, his wife and daughter are surprisingly cold and reticent, which adds further layers of complexity to an already delicate investigation. And Maeve knows the victim and his family aren't the only ones with things to hide: the dark secret that her boss, Superintendent Godley, has been keeping for years is threatening to blow up in his face, and if that happens, they'll all be caught in the aftermath.

Pulled between her loyalties to Godley, Derwent, the victim of a murder, and her own driving sense of right and wrong, Maeve will be forced to decide how much she's willing to risk in the name of justice in The Kill, Jane Casey's most intimate, compelling novel yet.

“A captivating police procedural heavy on characterization that will keep readers up late into the night…The voice of the novel is unique and captivating. Casey's talent for constructing several different storylines and bringing them all together in the end is what makes this a great read.” —RT Book Reviews (4½ stars)

“Casey's police procedurals go from strength to strength.” —The Sunday Times (UK, One of the Top 10 Crime and Thrillers of 2013)