Funny Side Up: Dishing Out Dad's Advice (Paperback) 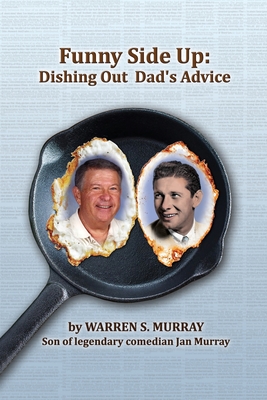 The oldest son of comedian and game show host Jan Murray, Warren Murray has taken his father's sage advice to always find the funnny side of life.

Funny Side Up is filled with true stories and personal recollections of growing up in the world of show business. You'll laugh out loud at the behind-the-scenes antics of the comedy legends who Warren was lucky enough to call his "uncles," including Milton Berle, Buddy Hackett, Jerry Lewis, Sid Caesar, Henny Youngman, Jack Carter, Don Rickles and so many others.

As a TV comedy writer/producer, and later as a network executive at NBC, Warren's tales from the golden age of TV provide a rarely-seen - and hilarious - look at the stars and showrunners from your favorite 70s and 80s sitcoms and game shows.

Also an award-winning educator, Warren gets an "A" for his brilliantly amusing and clever teaching methods that always kept his students on their toes. You'll wish you had Mr. Murray as your middle school history teacher

Warren also explores the funny side of everyday life, from growing up in 1950s Brooklyn with soon-to-be-famous high school classmates to marriage, golf, religion, sex and old age.

You'll laugh, you'll cry, you'll forget all about the roast in the oven