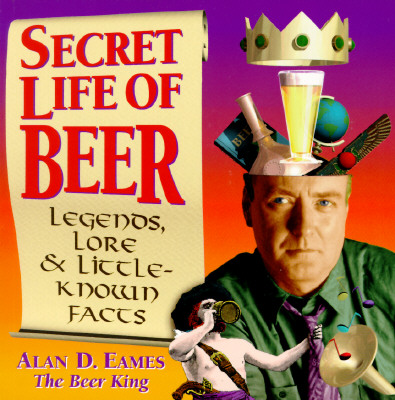 By Alan D. Eames
Email or call for price
Out of Print

Did you know that the Mayflower abandoned its journey and landed in Plymouth because it had run out of beer? That in ancient Sumeria, women dominated the art of brewing, operating under the protection of Siduri, goddess of the brewery? That 20 people literally drowned in beer in 1814, when a vat in a London brewery exploded, creating a tidal wave of beer? Or that alewives in colonial America brewed a high-test "groaning ale" for a mother-to-be to swig while in labor? This fascinating and eclectic compendium comes from Alan Eames, beer's foremost historian, who has traveled the world uncovering the untold stories of one of the world's favorite beverages.

Alan D. Eames is a cultural anthropologist, magazine writer, and author of A Beer Drinker’s Companion. He is a founding director of the American Museum of Brewing History & Fine Arts in Fort Mitchell, Kentucky. He lives in Brattleboro, Vermont.