Arsenic Under the Elms: Murder in Victorian New Haven (Paperback) 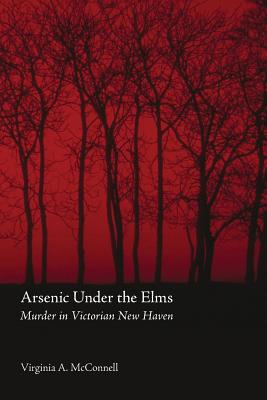 The attorney Virginia A. McConnell provides a riveting view of Connecticut in the late 1800s as revealed through the unrelated but disturbingly similar murders of two young women. The first, Mary Stannard, was an unmarried mother who worked as a domestic and believed herself to be pregnant for a second time. The man accused of her murder, Reverend Herbert Hayden, was a married lay minister whose seduction of Mary was common knowledge. Three years later, Jennie Cramer, another woman of low social status, was found floating facedown in Long Island Sound off West Haven. The characters involved in the commission, investigation, and prosecution of these crimes emerge as vibrant individuals, and their stories shed light on many aspects of the Victorian world: sex and marriage; drugs, from arsenic to aphrodisiacs; forensic medicine; and courtroom procedures.

"[McConnell] places the events firmly in cultural context, providing a fascinating glimpse into the arenas of late nineteenth-century law, journalism, morality, and social structure. A superb piece of historical detection that will gratify true-crime buffs."—Booklist
— Booklist

"With a refreshing absence of maudlin declamation, McConnell performs a masterly job of retrieving the lost history of these sensational events. Her crisp prose and comprehensive research make for a lively presentation of many remarkable details as she unfolds a disturbing tale of class-oriented gender discrimination and dramatizes the state criminal justice system in its infancy."—Kirkus
— Kirkus

"All in all, this is a well-researched, well-written and engrossing account of crime in an era very different but surprisingly similar to our own."—Megan R. Rooney, Daily Nebraskan
— Megan R. Rooney