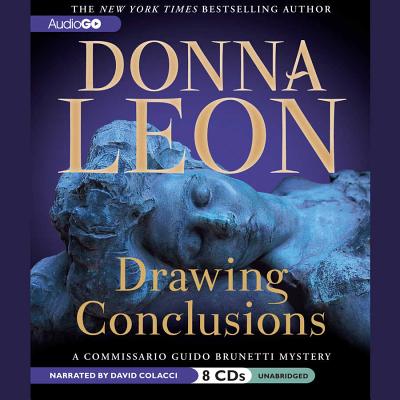 “Leon's vivid, atmospheric writing brings the city of Venice and its sights, sounds and smells to life, and her charming cast of characters and sense of social justice make her novels a delight to read. In Drawing Conclusions, Commissario Brunetti investigates the death of an elderly woman whose suspicious bruises and missing artworks suggest that a simple heart attack was not the real cause of her death. Another suspenseful and satisfying addition to this wonderful series.”
— Carol Schneck, Schuler Books & Music, Okemos, MI

Late one night, Commissario Guido Brunetti's telefonino rings. A old woman's body has been found in a Spartan apartment on Campo San Giacomo dell'Orio. Brunetti sees some signs of force on the old woman, but they could just as easily have been from the radiator near where she fell. When the medical examiner rules that the woman died of a heart attack, it seems there is nothing to investigate. But he can't shake the feeling that perhaps the woman was threatened.