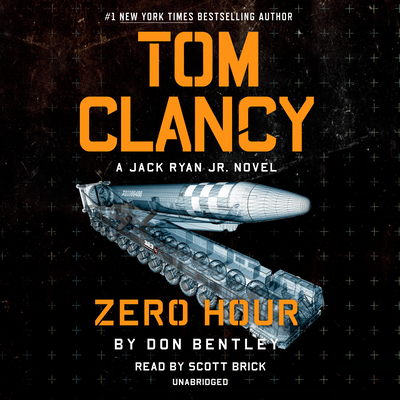 This is book number 9 in the A Jack Ryan Jr. Novel series.

Jack Ryan, Jr. is the one man who can prevent a second Korean War in the latest thrilling entry in the #1 New York Times bestselling series.

When the leader of North Korea is catastrophically injured, his incapacitation inadvertently triggers a “dead-man’s switch,” activating an army of sleeper agents in South Korea and precipitating a struggle for succession.

Jack Ryan, Jr. is in Seoul to interview a potential addition to the Campus.  But his benign trip takes a deadly turn when a wave of violence perpetrated by North Korean operatives grips South Korea’s capital.  A mysterious voice from North Korea offers Jack a way to stop the peninsula’s rush to war, but her price may be more than he can afford to pay.

Tom Clancy was the #1 New York Times bestselling author of more than eighteen books. He died in October 2013.

Don Bentley spent a decade as an Army Apache helicopter pilot, and while deployed in Afghanistan was awarded the Bronze Star and the Air Medal with "V" device for valor. Following his time in the military, Bentley worked as an FBI special agent focusing on foreign intelligence and counterintelligence and was a Special Weapons and Tactics (SWAT) team member.