The Last Camellia: A Novel (Paperback) 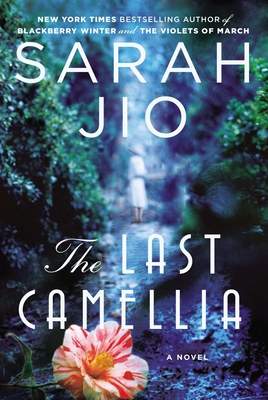 The Last Camellia is a wonderful comfort read. It’s an old fashioned mystery with solid characters (heroes and villains alike) and enough red herrings to make your head spin – in a good way.

The story begins right before the outbreak of WWII with Flora who manages her parents’ floundering bakery. Flora also knows much about flowers and is forced into doing a job for a ring of flower thieves. She must travel to England, posing as a nanny for a wealthy family in order to find the much wanted Middlebury Pink Camellia thought to be in the family’s garden.

When Flora arrives, her innocence seems to get the better of her, but she takes to the children and the beautiful garden. The patriarch of the family is reclusive and the household servants protective. There is clearly more going on than meets the eye. Flora puts off looking for the camellia and as the months go by, the thief who pressed her into service becomes more and more demanding, while threatening Flora’s family in the U.S. Flora disappears.

In present day, we meet Addison, married to Rex, whose family now owns the estate. Addison has a past Rex doesn’t know about and certain elements from that past leach into their lives. Addison, it turns out, is also a gardener and spends much of her time exploring the garden as well as the house. The housekeeper is the same one who knew Flora and she is still as protective of the family from Flora’s time as she was then. The housekeeper tries to keep Addison from certain parts of the house, but Addison finds an old gardener’s notebook and discovers there is much more to the garden and the elusive camellia.

Jio’s writing is crisp with perfect dialog for each period of the storyline. The Last Camellia is the perfect anytime read. - Wendy, Redbery Books, Cable, Wisconsin

From the New York Times bestselling author of Always and Blackberry Winter: “An intoxicating blend of mystery, history and romance, this book is hard to put down.”—Real Simple

On the eve of World War II, the last surviving specimen of a camellia plant known as the Middlebury Pink lies secreted away on an English country estate. Flora, an amateur American botanist, is contracted by an international ring of flower thieves to infiltrate the household and acquire the coveted bloom. Her search is at once brightened by new love and threatened by her discovery of a series of ghastly crimes.

More than half a century later, garden designer Addison takes up residence at the manor, now owned by the family of her husband, Rex. The couple’s shared passion for mysteries is fueled by the enchanting camellia orchard and an old gardener’s notebook. Yet its pages hint at dark acts ingeniously concealed. If the danger that Flora once faced remains very much alive, will Addison share her fate?

Fans of Downton Abbey should rush to pick up this novel.

Sarah Jio is the #1 international, New York Times, and USA Today bestselling author of eight novels. She is also a longtime journalist who has contributed to Glamour, The New York Times, Redbook, Real Simple, O: The Oprah Magazine, Cooking Light, Woman’s Day, Marie Claire, Self, and many other outlets, including NPR’s Morning Edition, appearing as a commentator. Jio lives in Seattle with her three young boys.

"An engaging story of two generations trying to move forward despite the powerful pull of the past. A thoughtful examination of history's ability to haunt the present and the power of forgiveness to set things right."—Booklist

Praise for Sarah Jio and her novels:

“Jio has become one of the most-read women in America.”—Woman’s World (on Morning Glory)

“Eminently readable . . . a tribute to family and forgiveness.”—Booklist (on Goodnight June)