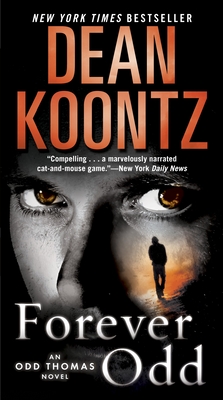 I see dead people. But then, by God, I do something about it. Odd Thomas never asked for his special ability. He’s just an ordinary guy trying to live a quiet life in the small desert town of Pico Mundo. Yet he feels an obligation to do right by his otherworldly confidants, and that’s why he’s won hearts on both sides of the divide between life and death. But when a childhood friend disappears, Odd discovers something worse than a dead body and embarks on a heart-stopping battle of will and wits with an enemy of exceptional cunning. In the hours to come there can be no innocent bystanders, and every sacrifice can tip the balance between despair and hope.

You’re invited on an unforgettable journey through a world of terror and transcendence to wonders beyond imagining. And you can have no better guide than Odd Thomas.

Dean Koontz, the author of many #1 New York Times bestsellers, lives in Southern California with his wife, Gerda, their golden retriever, Anna, and the enduring spirit of their golden, Trixie.

“Heartfelt and provocative . . . a wonderfully rich and entertaining story.”—Chicago Sun-Times

“An inventive . . . mix of suspense, whimsy, and uplift. It’s refreshing to come across a character as good-hearted as Odd. . . . [Koontz has] a voice all his own.”—The Washington Post