The Land Remembers: The Story of a Farm and Its People (Large Print / Paperback) 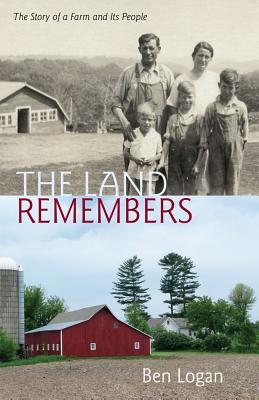 This beloved American memoir is about a farm and its people, recollections of a boyhood in Wisconsin's Driftless region. Ben Logan grew up on Seldom Seen Farm with his three brothers, father, mother, and hired hand Lyle. The boys discussed and argued and joked over the events around their farm, marked the seasons by the demands of the land, and tested each other and themselves.

Ben Logan (1920–2014) traveled as a merchant seaman and worked many years in New York as a novelist, lecturer, and writer/producer of films and television. He returned in the 1980s to Seldom Seen Farm in Wisconsin. The farm is now privately owned but has been preserved through a land trust with the Mississippi Valley Conservancy.

"Ben Logan is strikingly successful in recalling his own boyhood world, a lonely ridge farm in southwestern Wisconsin. . . . He reviews his growing-up years in the 1920s and '30s less with nostalgia than with a naturalist's eye for detail, wary of the distortions of memory and sentiment." —Christian Science Monitor

"What drew me so irresistibly through The Land Remembers? . . . It's not nostalgia for my own past that [Logan] made me feel; it's nostalgia for a world he makes me wish I'd known." —New York Times Book Review

"A book to be cherished and remembered." —Publishers Weekly