The Law and Politics of Global Competition: Influence and Legitimacy in the International Competition Network (Hardcover) 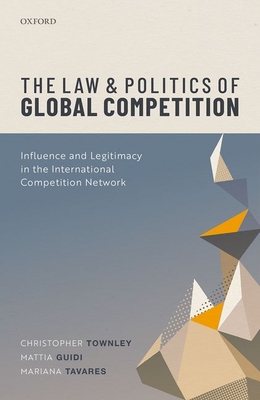 In its own words, the mission of the International Competition Network (the ICN) is to advocate the adoption of superior standards and procedures in competition policy around the world, formulate proposals for procedural and substantive convergence, and seek to facilitate effective
international cooperation to the benefit of member agencies, consumers and economies worldwide. ICN members include nearly all competition authorities (NCAs) from around the world (over 100 of them). Since its inception, the ICN has also sought to enrich its discussions and outputs through the inclusion of non-governmental advisors (NGAs), principally large multi-nationals and the legal and
economic professions. The ICN is a transnational network, set up by its members, largely without wider state input. This book hypothesises that the ICN's formally neutral structures provide powerful influence mechanisms for strong NCAs and NGAs, over the weak; and 'competition experts' over wider state interests, discussing the legitimacy of this from a political and legal theory perspective, analysing the ICN's
effectiveness and efficiency, and suggesting ways that the ICN can improve all three. This study has important implications for the ICN itself, particularly as it launches its 'Third Decade Project', billed as a full self-evaluation. However, the story told here is also relevant to states and the wider regulatory community, due to the widespread use of transnational networks.