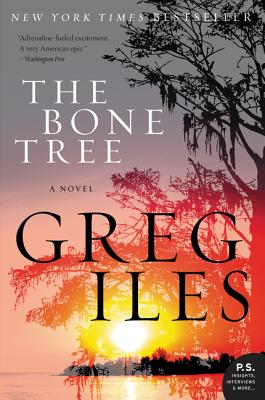 This is book number 5 in the Penn Cage series.

Former prosecutor Penn Cage and his fiancée, reporter and publisher Caitlin Masters, have barely escaped with their lives after being attacked by wealthy businessman Brody Royal and his Double Eagles, a KKK sect with ties to some of Mississippi’s most powerful men. But the real danger has only begun as FBI Special Agent John Kaiser warns Penn that Brody wasn’t the true leader of the Double Eagles. The puppeteer who actually controls the terrorist group is a man far more fearsome: the chief of the state police’s Criminal Investigations Bureau, Forrest Knox.

The only way Penn can save his father, Dr. Tom Cage—who is fleeing a murder charge as well as corrupt cops bent on killing him—is either to make a devil’s bargain with Knox or destroy him. While Penn desperately pursues both options, Caitlin uncovers the real story behind a series of unsolved civil rights murders that may hold the key to the Double Eagles’ downfall. The trail leads her deep into the past, into the black backwaters of the Mississippi River, to a secret killing ground used by slave owners and the Klan for over two hundred years . . . a place of terrifying evil known only as “the bone tree.”

The Bone Tree is an explosive, action-packed thriller full of twisting intrigue and deadly secrets, a tale that explores the conflicts and casualties that result when the darkest truths of American history come to light. It puts us inside the skin of a noble man who has always fought for justice—now finally pushed beyond his limits.

Just how far will Penn Cage, the hero we thought we knew, go to protect those he loves?

“The second installment of his hard-boiled Natchez trilogy finds Iles’ hero Penn Cage on even swampier, and surely deadlier, ground than before.” — Kirkus Reviews

“Absolutely compelling… A beautifully constructed story, some extremely fine writing, and some hard-to-bear tragedy.… Everything is big about this one: its epic scale [and] its built-in readership based on the success of its predecessor.” — Booklist (starred review)

“Race relations, adultery, murder, parenthood and friendship are all smashed together to form a searing saga of remorse and revenge. . . . Better than Natchez Burning. If the third book surpasses the first two then Iles will be elevated to the highest heights of famed storytellers.” — Huffington Post

“’Great Expectations’ transplanted to an American South laced with comparably gothic overtones. . . . Establishes Iles as this generation’s William Faulkner, usurping Pat Conroy as our preeminent Southern writer and potentially establishing him as this era’s finest American novelist, thanks to this moving and meaningful masterpiece of storytelling.” — Providence Journal

“Filled with menace, betrayal, [and] unexpected plot twists. . . . Running through this vast enterprise is the implicit belief that crime fiction is capable of addressing - and illuminating - any aspect of human behavior, including the tragic history of race relations in 20th-century America.” — Washington Post