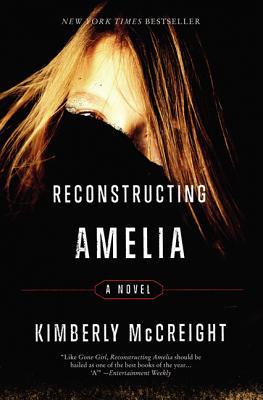 By Kimberly McCreight
$25.99
Hard to Find

Kate Baron knows her daughter. So, when the dean from Amelia’s school calls to tell Kate that Amelia has been caught cheating on an English paper, Kate knows it’s a lie. The dean tells Kate she must pick up Amelia immediately because she has been suspended. Kate’s world falls apart when she’s delayed arriving at the school and finds out that Amelia is dead. The word is Amelia has jumped off the school roof. Kate knows her daughter, and she knows that’s not true.

Kate is temporarily swept up in the police’s cursory investigation that rules Amelia’s death a suicide and closes the case. It isn’t until a short time later when Kate begins receiving anonymous text messages indicating that Amelia didn’t jump from the roof that Kate realizes she’s known that all along. What follows is a mother’s relentless pursuit of the truth.

Even though Kate works long hours as an attorney, she and Amelia have a solid mother-daughter relationship. After Amelia dies and Kate begins to sort out the parts of Amelia’s life that she didn’t know. When Kate refuses to accept the sloppy police investigation, Kate begins on her own. She uncovers text messages from someone named “Ben.” She uncovers other messages and emails that lead her to more questions than answers. But with the help of a new police detective, Kate’s on the path to finding out what really happened on that roof.

Reconstructing Amelia is definitely a No Chores Today book. McCreight has written a book that makes us turn the pages so quickly, we create windstorms. In the age where it seems everyone knows everything about everyone because of a need to connect, what happens when the really important information remains hidden? McCreight’s style is wonderfully varied depending on the narrator as she deftly mixes in pages of text messages and social media pages as well as conventional prose to develop characters and unfolding action. Superb, thought-provoking, riveting. Don’t even think about not reading this book. - Wendy, Redbery Books, Cable, Wisconsin

In Reconstructing Amelia, the stunning debut novel from Kimberly McCreight, Kate's in the middle of the biggest meeting of her career when she gets the telephone call from Grace Hall, her daughter’s exclusive private school in Park Slope, Brooklyn. Amelia has been suspended, effective immediately, and Kate must come get her daughter—now. But Kate’s stress over leaving work quickly turns to panic when she arrives at the school and finds it surrounded by police officers, fire trucks, and an ambulance. By then it’s already too late for Amelia. And for Kate.

An academic overachiever despondent over getting caught cheating has jumped to her death. At least that’s the story Grace Hall tells Kate. And clouded as she is by her guilt and grief, it is the one she forces herself to believe. Until she gets an anonymous text: She didn’t jump.

Reconstructing Amelia is about secret first loves, old friendships, and an all-girls club steeped in tradition. But, most of all, it’s the story of how far a mother will go to vindicate the memory of a daughter whose life she couldn’t save.

“Like Gone Girl, Reconstructing Amelia seamlessly marries a crime story with a relationship drama. And like Gone Girl, it should be hailed as one of the best books of the year…A”
— Entertainment Weekly

“Just finished a fantastic novel–Reconstructing Amelia by Kimberly McCreight. So. Well. Done. If you liked Gone Girl, you’ll love this too.”
— Jodi Picoult

“Clever and scary . . . McCreight has her finger on the private school zeitgeist. . .and this disturbing tale will make older readers fondly recall the days when kids got in trouble for passing (print) notes in class.”
— USA Today

“Did Amelia Baron really get caught cheating and then commit suicide—or is the truth more sinister? A nail-biter for Gone Girl fans.”
— People

“Reconstructing Amelia will keep you hooked till the last page.”
— BookPage

“Wow! I was pulled in after reading the first page.… It’s sort of a thriller/prep school teen drama that is full of secrets.”
— People.com Staff Pick

“[A] mystery with enough red herring to stock Lake Michigan…this is the novel most likely to be found in coming weeks not on the beach but on the F train. ”
— New York Times

“McCreight captures the complexities, cruelty and angst of teenage girls so well my stomach was in knots. What really happened to Amelia? You’ll find yourself staying up all night to find out.”
— Jennifer McMahon, New York Times-bestselling author of The One I Left Behind

“The real story of Amelia’s life and death emerges slowly, through a creative blend of Kate’s present, Amelia’s past, and such varied communication methods as texts, e-mails, blog entries, and Facebook status updates. . . . Fans of literary thrillers will enjoy the novel’s dark mood and clever form.”
— Publishers Weekly

“A multilayered legal thriller. . . . Comes to a seamless and unanticipated conclusion.”
— Kirkus Reviews

“An elaborately plotted mystery. . . . A harrowing story. . . . McCreight does a fne job of building suspense and creating characters, notably Kate and Amelia, whom the target audience—both adults and older teens—will care about and empathize with.”
— Booklist

“We love a powerful debut, and this is just that.… It’s Mean Girls meets The Secret History meets the cyberbullying case of Amanda Todd––and it’s unputdownable.”
— Daily Candy

“A tale of elaborate mystery intertwined with the tenderness of a mother’s love, Reconstructing Amelia exudes suspense at every turn…. Gripping and tragic, [it] is a true page turner.”
— Click