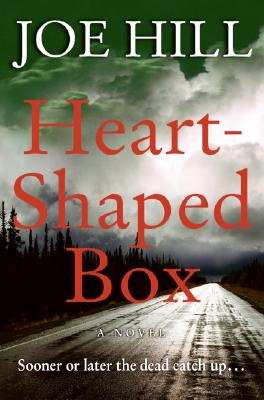 The publication of Joe Hill’s beautifully textured, deliciously scary debut novel Heart-Shaped Box was greeted with the sort of overwhelming critical acclaim that is rare for a work of skin-crawling supernatural terror. It was cited as a Best Book of the Year by Atlanta magazine, the Tampa Tribune, the St. Louis Post Dispatch, and the Village Voice, to name but a few. Award-winning, #1 New York Times bestselling Neil Gaiman of The Sandman, The Graveyard Book, and Anansi Boys fame calls Joe Hill’s story of a jaded rock star haunted by a ghost he purchased on the internet, “relentless, gripping, powerful.” Open this Heart-Shaped Box from two-time Bram Stoker Award-winner Hill if you dare and see what all the well-deserved hoopla is about.

[Hill]’s got horror down pat, and his debut is hair-raising fun.”
— Kirkus Reviews

“You can’t go wrong with Heart-Shaped Box.” Top Five Fiction-Books of 2007
— The Observer

“A fast-paced journey on wheels borrowed from hell’s used-car lot, and there aren’t a lot of comfort breaks...The pictures [Hill] painted colored my dreams and darkened my mood even after I’d put the book down.”
— Cleveland Plain Dealer