The Phenomenon of Man (Paperback) 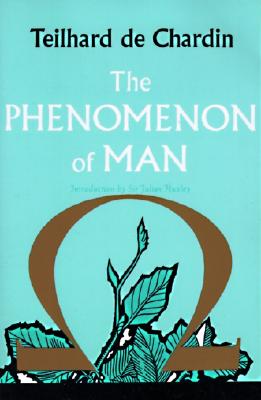 Pierre Teilhard De Chardin was one of the most distinguished thinkers and scientists of our time. He fits into no familiar category for he was at once a biologist and a paleontologist of world renown, and also a Jesuit priest. He applied his whole life, his tremendous intellect and his great spiritual faith to building a philosophy that would reconcile Christian theology with the scientific theory of evolution, to relate the facts of religious experience to those of natural science.

The Phenomenon of Man, the first of his writings to appear in America, Pierre Teilhard's most important book and contains the quintessence of his thought. When published in France it was the best-selling nonfiction book of the year.

Pierre Teilhard de Chardin (1881-1955) was born in France and ordained a Jesuit priest. Trained as a paleontologist, Teilhard codiscovered the celebrated "Peking Man" fossils. The Phenomenon of Man is his best-known work.